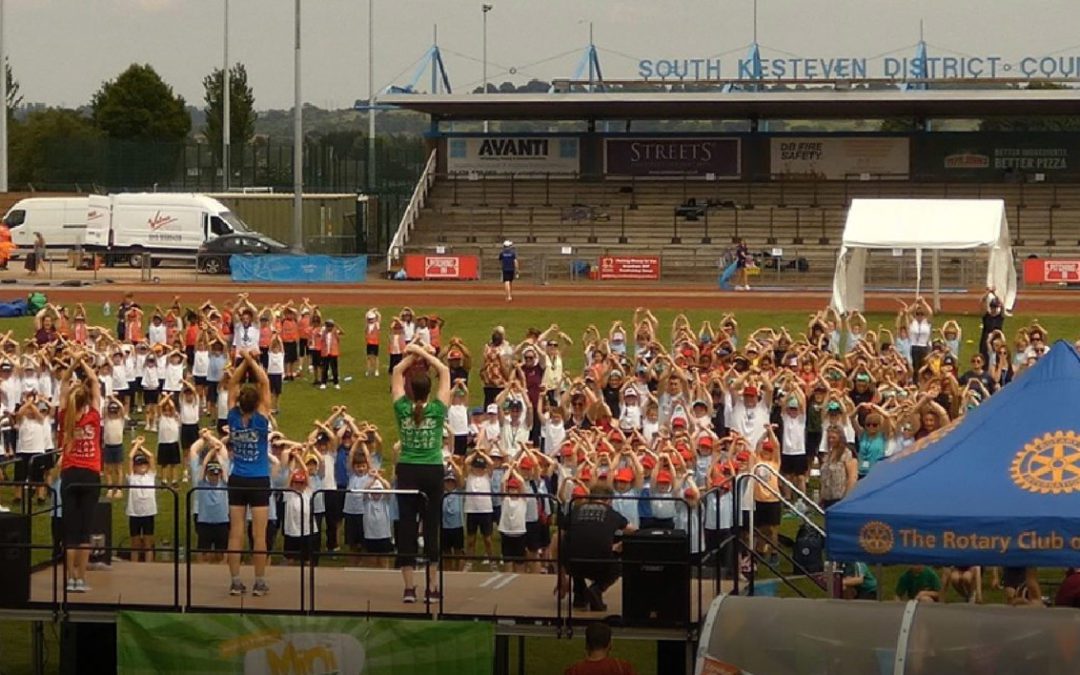 The 15th annual inspire+ Mini Olympics, this year renamed the Mini Commonwealth Games took place at the Grantham Athletics Stadium across the 14th, 15th and 16th June. inspire+ run the Mini Olympics as an end of year celebration for its member schools and this year saw the 3-day event grow even bigger, allowing over 2,500 young people to be involved in the games, its biggest year to date!

The Mini Commonwealth Games hosted primary schools from across Grantham, Stamford, Market Deeping, Peterborough, Lincoln, Vale of Belvoir and the surrounding areas. For many of the children involved, it was their first-time taking part in a large sports event, particularly one where they are encouraged to join in with a student-led, animated opening and closing ceremony alongside participating in up to 14 different Olympic and Paralympic sports.

This year the event was themed around the Commonwealth Games which is of course hosted in Birmingham later this year. The charity’s Ambassadors, Sam Ruddock, Jonathan Broom-Edwards, Sarah Outen MBE and Sophie Devenish part of the celebrations meeting the children and signing their programmes. Along with special guests Paralympian Daniel Pembroke, football freestyler Stephen Gray and Disney’s Elsa as inspire+ is an FA Girls Partnership whose resources are created with Disney. The Games were helped to come to life by the involvement of the Royal Opera House and East Midlands Caribbean Carnival and Arts Network.

Supporting the running of the event are several local business sponsors to which inspire+ are very grateful. These include, South Kesteven District Council, Grantham Rotary Swimarathon, KBR Gas & Oil Services, Rotary Club of Grantham Kesteven, The Asda Foundation, Totemic and the School Games Organising Team. The charity’s Sports Leadership Academy students, Young Ambassador and Apprentices play a key part in the setting up and running of the games, without them it would not be possible.

Operations Manager, Chris Graves said after the event: “The Mini Commonwealth Games is such a magical event for everyone involved. We hope that the children who take part will be inspired to perhaps try new sports, become more physically active and lead healthy lifestyles. The Mini Olympics is our one mass event of the year and it is great to see all our schools come together after another hugely successful year for inspire+. We could not run this event without the support of local businesses and the dedication of our team of staff and volunteers. Thank you!”

The Mini Commonwealth Games in numbers:

The last Games took place in 2019. For the past two years the Games took on a new virtual format to over-come Covid restrictions. This year’s Games was that extra bit special with everyone being back together making lasting memories and raising a huge smile!